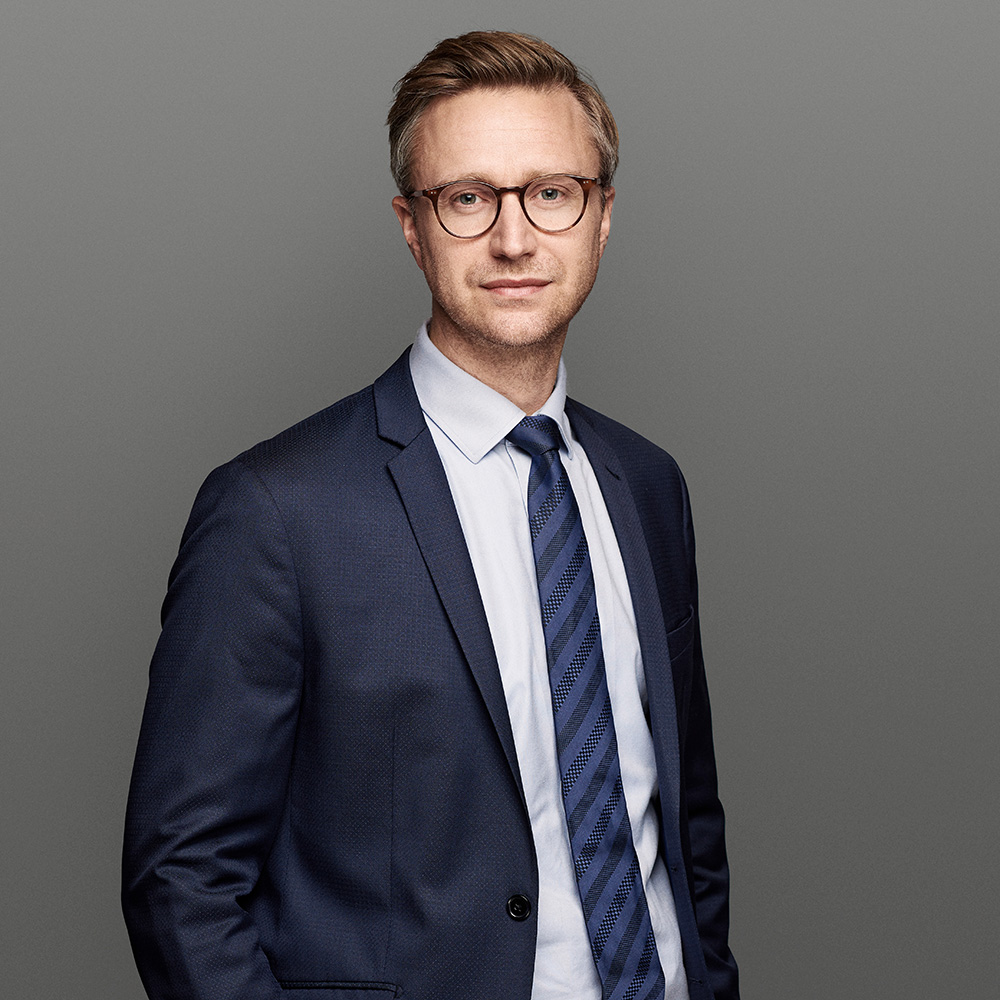 Interviewees stress that he is ‘a very good and dedicated practitioner’.| Chambers Global, 2022.

Kenneth Hvelplund Pedersen assists Danish and foreign companies in litigation/arbitration and is already a seasoned practitioner in both. This has enabled him to obtain significant recognition and to receive arbitrator appointments beyond his years.
Based on insights and experience from our Corporate/M&A practice group, such as advising on several significant IPOs and corporate acquisitions, Kenneth is praised for being able to take complex commercial issues and translate them into clear and persuasive legal arguments that win results.

Kenneth has a strong academic background, exemplified by his being one of the top law graduates of 2009 at the University of Copenhagen and in 2015 he was named one of Denmark's 100 biggest business talents by the newspaper Berlingske Business. He remained connected to the University of Copenhagen as a part-time lecturer and examiner in European and International Commercial Law for several years. Kenneth is also a popular presenter in other forums and is a certified arbitrator. In 2014, he worked as a foreign associate at a large law firm in New York.

Significant cases
Kenneth is and has been involved in several of the largest legal disputes in Denmark and regularly advises a substantial number of industrial companies, advisory/consultancy firms and private equity firms. He is much in demand owing to his ability not only to understand and resolve legal issues pragmatically but also to plan and execute effective case strategies, developed in close cooperation with his clients.

Right of audience before the Danish High Court 2018
Certified arbitrator, Association of Danish Law Firms 2017
Admitted to the Danish Bar 2012
Master of Laws, University of Copenhagen 2009